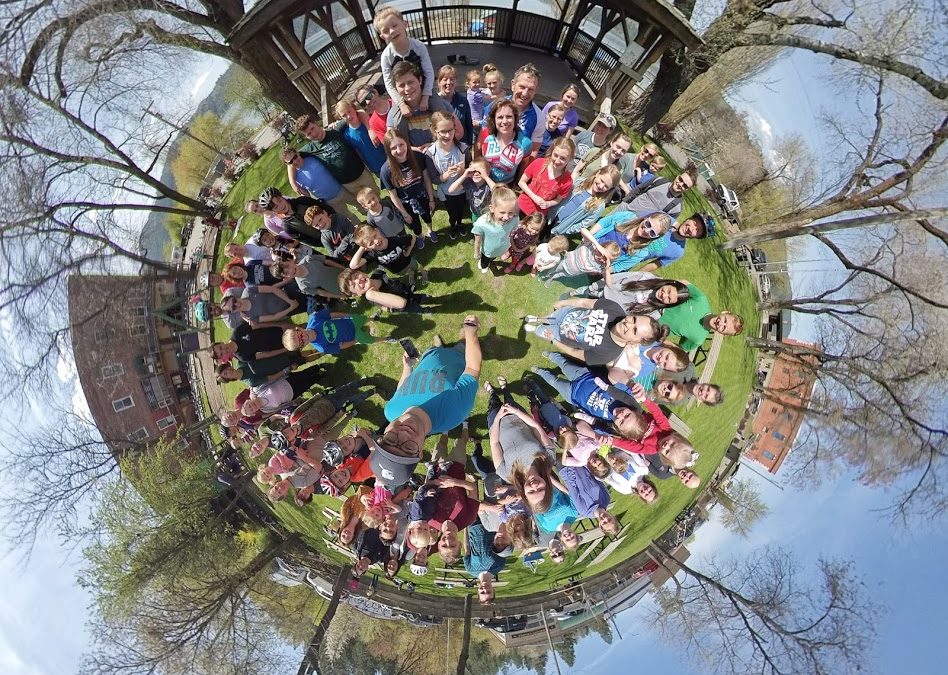 Today we went on a memorial bike ride to celebrate the life of our neighbor Mike Dixon who died unexpectedly of a heart attack in 2014.  Mike was a Mormon or Later Day Saint, who was survived by his wife and eight children.  They lived directly across the street from us until last year.

In our neighborhood there are and always have been (since we moved here in 2012) at least two LDS families.  They are great neighbors and my kids have a bunch of good friends in these families.  We love our neighborhood, and our neighbors.  It is possibly one of the biggest blessings of our lives right now.

On the bike ride, I believe we may have been the only non-LDS family, so I was reminded again of our unique position as being close but not inside the community with these people, although some of the younger neighbors do call Claire and I Sister and Brother Roise respectively, so perhaps we’re honorary members.

So I wanted to take a moment and describe what these people look like to me.  I want to warn you that this is going to be complimentary.  These are people I love, and who I’m doing life with.  I am not endorsing their doctrine, or encouraging people to convert to the LDS church, but I want to tell the up-front story of what it’s like to have Mormon neighbors.  And, at least for us, it’s been very good.

First, I want you to know that although these neighbor-friends of ours fit the stereotype of clean-cut and results driven, they are real people who are different from each other.  Each family has its own family culture.  And although there is clearly direction and structure coming to them from their church, there is also freedom within which they choose different paths.  In the microcosm I am privileged to observe, Mormons are not a monolith, there is diversity among them.

Second, they struggle with the same real-life problems that most of us do.  They are trying to be good parents, they suffer loss, they have health issues, they are too busy.  Perhaps they actually handle these problems well (more on this below) and perhaps they have pressure to show less of their troubles than they are actually experiencing, but if you live close you can know that it’s not all smiles and clean faces.

Third, I think our neighbors are genuinely kind and generous, and they are uniquely tough at the same time.  The discipline of their families and community makes them hardy.  They will be the first to take the difficult option or task and the last to complain about it.  And the two qualities come together often.  Today it showed up on the trail as some of the riders helped fix a flat on my daughter’s bike and stuck with Claire to get it back afterwards.  They insisted on taking a turn riding the too small bike and letting Claire ride one of their bigger and easier to ride bikes.  This isn’t just toughness to prove their worth, it’s a tool of generosity.  If you can choose and endure the difficult option that is often, all by itself, a remarkable service of generosity to your neighbor.

Finally, these people are genuinely fun.  Their faith has put them in a relatively healthy path of life, I think, and they live sacrificially (perhaps more sacrificially than they should sometimes), and they reap the rewards of living a clean and responsible life.  Those are not insignificant rewards. So even though I don’t necessarily agree with the restrictions they live within, I understand why they seem like a good idea to folks who have generational experience with those rewards.  It makes me think of the Rechabites, they were honored for listening to their father and following his restrictions even though the restriction was not by itself God’s design.

Ultimately, I hope I can give the reader at least a glimpse of the unique, spunky, friendly, generous, real people I know.  They’re worth knowing, and I’m grateful for them.