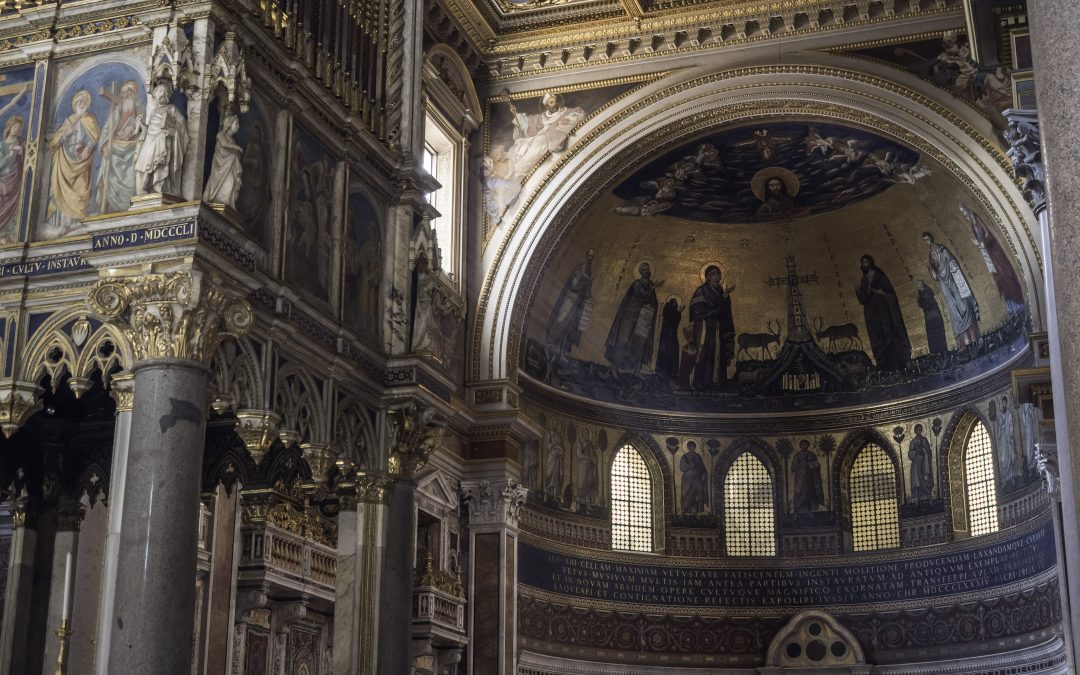 In fact, I think I started liking Italy as soon as we got on the plane from London to Rome.  L’Italia was the airline and it had an Italian feel right away.  I particularly remember one of the stewards who was a late middle aged man.  He seemed old-world, maybe catholic, maybe both.  He reminded me of my catholic grandfather in some indefinable way.  And the plane was not Scandinavian– there was nothing really old about it, or run-down, but it was just slightly shabby and used.  The flight attendants were friendly and real though, and so the overall effect was something like the comfort of a broken-in pair of shoes.

And the rest of our trip was like this as well.  Rome smelled like cigarettes all the time, and there was a lot of trash and the grass wasn’t mowed, but it still managed to be classy.  People parked cars half on the curb and half in the street, and buildings sometimes had a phone line solution that looked like rats had tried to rappel down the side of the building, and left their climbing gear behind.  Maybe it all worked because ancient Roman ruins would break out of the middle of the city at regular intervals, like crusty growths.  They sort of reminded you that it’s all temporary.

Even St John Lateran cathedral that we visited exhibited this relaxed attitude about order and effort.  It was an enormous, beautiful, and light filled church with the most interesting and eclectic collection of artistic and architectural styles.  Parts were Byzantine and other parts were Renaissance, and parts were in between. The mosaics on the floor were beautiful, but they seemed to be added because a skilled mosaic making family had offered to install them.  Bring your best, throw it together, it’ll be great.

One morning I went out in Rome and was able to have a series of interactions that made me feel like I was in the thick of it and holding my own.  From the disgusted street vendor who tried to sell me some fruit before realizing I didn’t have cash just a credit card, to the person asking me to sign a petition against drugs who I had to physically push aside so I could walk past, to the armed soldier who asked me to stop filming him and the square he was guarding, to the subway station attendant who first told me there were no subway maps in this station, they were down the line, and then discovered that she had one and expected me to snake my hand in through the speaking hole and past the computer monitor to where she was handing me the folded map, I was clearly in a place where people were comfortable and easy.  These people were self-assured and they expected you to be  as well.

And I suppose this is where I should mention that my wife is Italian.  She was feeling right at home. Something about the whole place was like recognizing an old family member by their similar values and instincts.  I think it’s something like, enjoy good things, but don’t give yourself to them, they are just things.  Take good enough care of things that you can enjoy them, but don’t sweat the small stuff, it doesn’t matter that much.

I’m sure I don’t fully understand what I experienced, but I like it, and I’m interested in understanding better.  I’m sure it helps to be with a partner who feels at home, or even more like she’s discovering the back-story to parts of her personality and family culture.  Whatever the case, sign me up. I understand the draw of Italy.  It’s a cool place.  I’ll go back– many times, I hope.