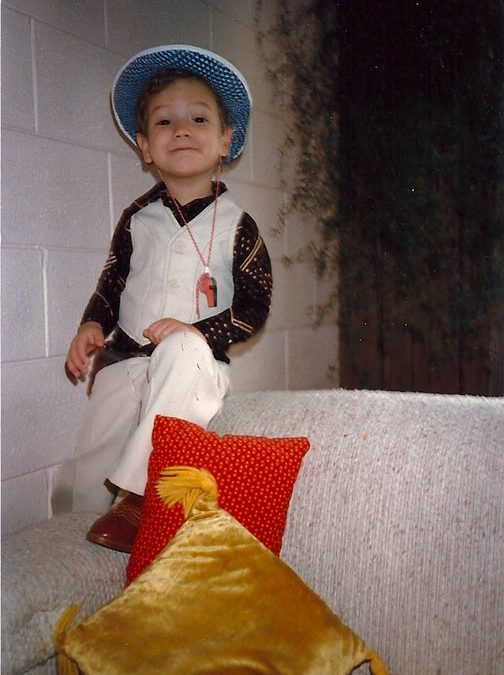 When I was about four of five years old I got a cowboy hat and boots, and a horse, and some pistols.  So, of course, I was a cowboy.  I rode my horse Ogie on many adventures.  My name was “Rawhide” and I was pretty much riding the trail on a daily basis.

I had two sidekicks named Doots and Boots.  But even more importantly I had a girlfriend.  Her name was Rhonda Movel. We went after bad guys.  I probably killed them, but I don’t remember for sure.  If I did it is worth noting that in the mind of a five year old killing a bad guy means two things: first, it’s a chance to use my gun  for its main purpose, namely, killing bad guys. Second, the net result is simply less bad guys, which is the equivalent, in the over-simplified justice of the five year old to, cleaning up the place–taking out the trash.

Anyhow, I would communicate with my sidekicks on the CB radio that was built into my pistols.  To me the little grill that was a thumb grip for putting caps in the gun, could also be the grill of a CB radio microphone.  This is where my visionary tech genius started.  Someone should use that genius–we need more radio communication going on through our guns.  Anyhow, when you’re on a horse and you need to contact your sidekicks necessity is the mother of invention and I had what I needed, a radio in my gun.

Rhonda usually rode with me, if I recall.  However, I may have called her on the radio when she was riding her own horse too.  In fact, I’m pretty sure I did, because we realized later that Rhonda Movel was just the pretend name my wife had but didn’t know it as she also rode her rocking horse in the land of pretend.  I think all of this might even have occurred while we were both living on Idaho Streets–one in Washington State and one in Minnesota.  Pretend is a pretty good place, I should probably visit.  Maybe I’ll call Doots and Boots and see what they’re up to.