Exposure is how light or dark the image is overall, and also what the contrast is between the light and dark areas of the image.  The contrasts are often where the story lives.  A dark silhouette against a sun drenched wall can tell a dramatic story.  Or sometimes, the image is mostly washed out, a bit hazy and a pop of color tells the story and draws the eye.

The decisive Moment is when you push that shutter.  What is happening at that exact moment? What moment is the right moment?  Henri Cartier-Bresson popularized the phrase “decisive moment.”  He has a number of photos that exemplify that value.  You should look through some of his work at Magnum.

That ability of photographs to freeze a moment has always been especially interesting to me when you can create some through tension in an image by capturing something that is both frozen but also shows motion.  Motion blur from the prop of a plane, while the man on the wing is frozen in time.  Or the movement in a panning shot of a person on a swing or riding a bicycle or driving a car.  A dynamic and decisive moment makes a great photograph. 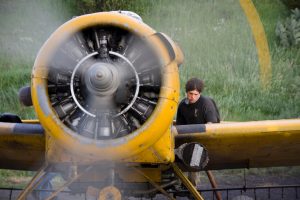 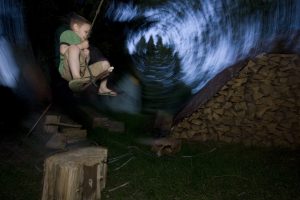 Going forward we will spend a week on each of these. Controlling the Frame is called image composition and is defined by shapes and general rules about where you put things in relationship to other things in your photographs.  We’ll learn about the rule of thirds, leading lines, and finding clear space behind your human subject’s head in a frame.

Exposure is both a creative tool and a skill you need to master to capture quality images.  Over-exposure or under exposure of an image can ruin it and severely limit what you can do with it when you bring it back into your computer.  Also, understanding the three variables that go into exposure and how you can control them will give you a bunch of creative options that you may not immediately realize are there, especially if you’ve been banging out your photos in “auto exposure” mode.

Finally, decisive moments are recognized both when you’re out shooting and later when you’re in your computer sorting images and deciding which images to show and which ones to throw.  Photo editing is a crucial part of the photographic process and is an essential, and I think under-appreciated skill.

For this week, I want you to realize that each of these elements go into each photograph, and learning more about how to control and use them will help you become a better photographer.