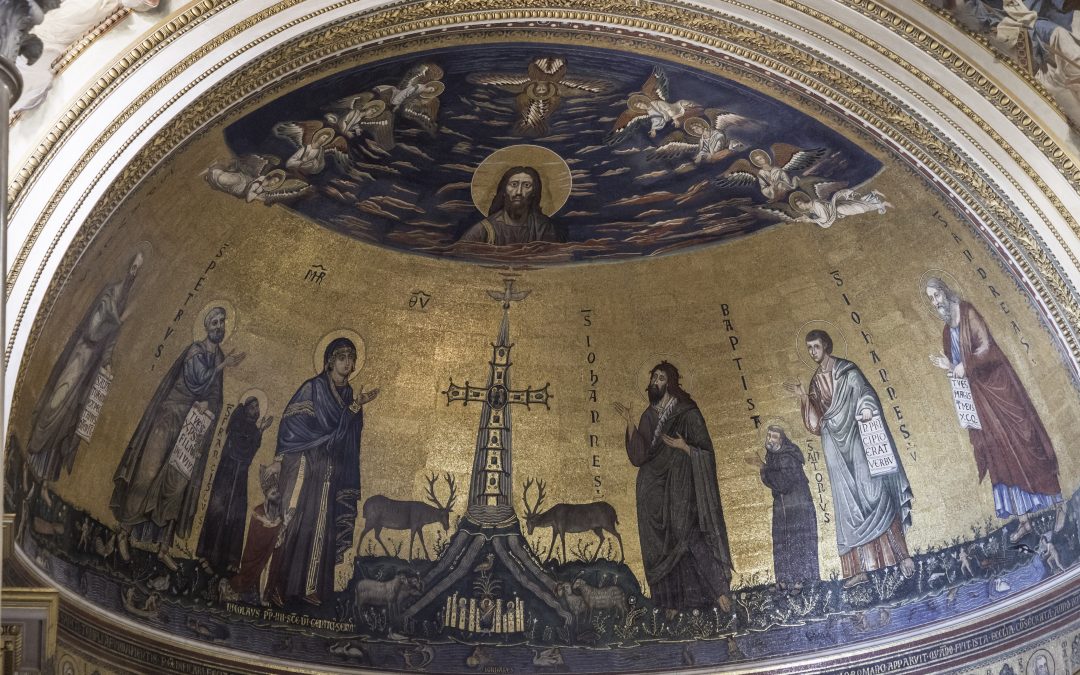 Today is Good Friday (or yesterday was, since it’s after midnight now).  Jesus Christ was crucified to death 2000 years ago in the Roman province of Judea.  That simple statement holds so much.  All that lead up to that moment, and all that has flowed out of it.  The cross is a crossroad of history, and the intersection of heaven and earth.  This may have been said before, but I think I can say it again.  The center of the universe and of all history can stand more of our time, and more attention.

Also intersecting in the cross are good and evil.  The perfect goodness of God, and the diabolical cruelty of death and slow and deliberate pain.  Also meeting are the power of the word and the power of the sword– the prophet armed with God’s Word meets the Roman Empire’s cruelest execution.  Also met in the cross are different statements about the value of humans and their life.  The cross says humans are worse than dirt, they are capable of cruelty and of suffering, at least the dumb creation doesn’t know these evils.  But Jesus on the cross says humans are not only the image of God, but are called to fellowship with God.  Even as Jesus prays Psalm 22 in his suffering on the cross He is telling a story about what suffering feels like, but what it ultimately cannot really mean–“My God, My God, why have you forsaken me.” The suffering caused by cruel men makes it seem like God is far away, but  Psalm 22 is all about how that is not true.  God is not far off, He will hear our cry and deliver.  Cruel men cannot destroy the image and purpose God put in us.  And that is a glimmer of hope in the gloom of Good Friday.

And the cross isn’t the exact center of the universe and all history, it’s just the first part of the center.  The story isn’t over yet.  The darkness is real, and cruelty and suffering are not trivial, but they are not the beginning or the end.  Jesus is the Alpha and Omega, and He tells a better story.  He brings good news: the good news is that God is for us, so who can be against us?