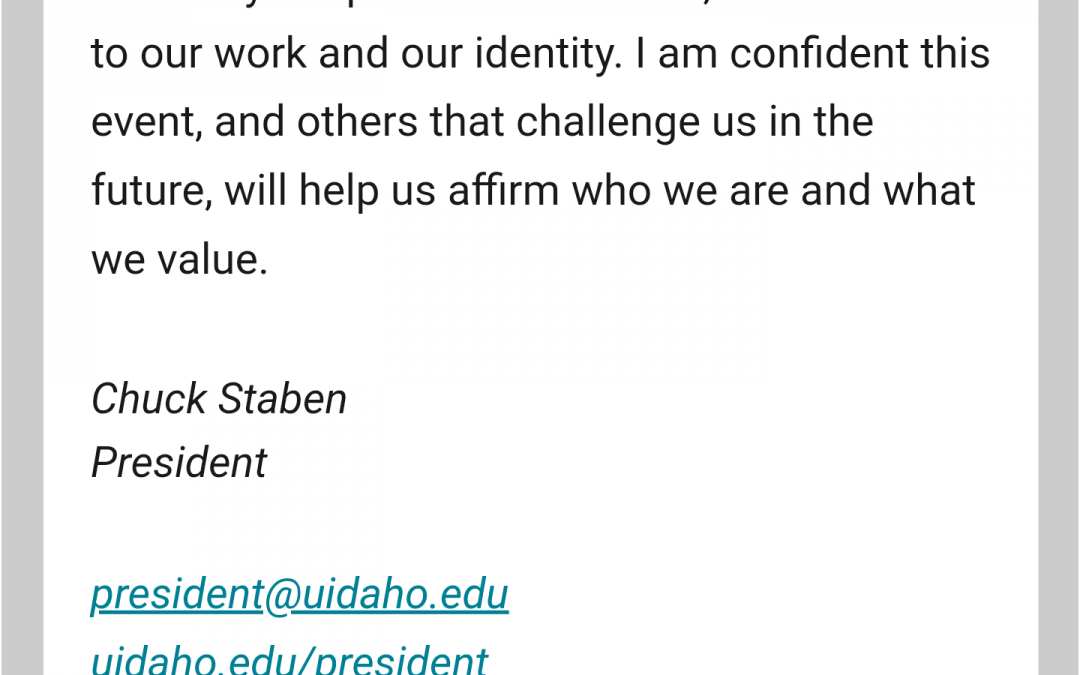 Today I accidentally started a dumpster fire on Facebook.  We used to be part of church community where the leaders defend using “the serrated edge” in the “culture war” and they speak in very militaristic and warlike terms about their conflict with “secularism” and “liberals” and specifically the “intoleristas” in our town.  And they were at it again this week with a talk they advertised widely and called “Toxic Matriarchy.”

The ads have been in my feed for a week already, and I’ve seen a few rounds of outrage and disgust go past from friends not in that church community.  I have mostly ignored it.  But today the University of Idaho responded with an email (and related press statement) shown in these images: 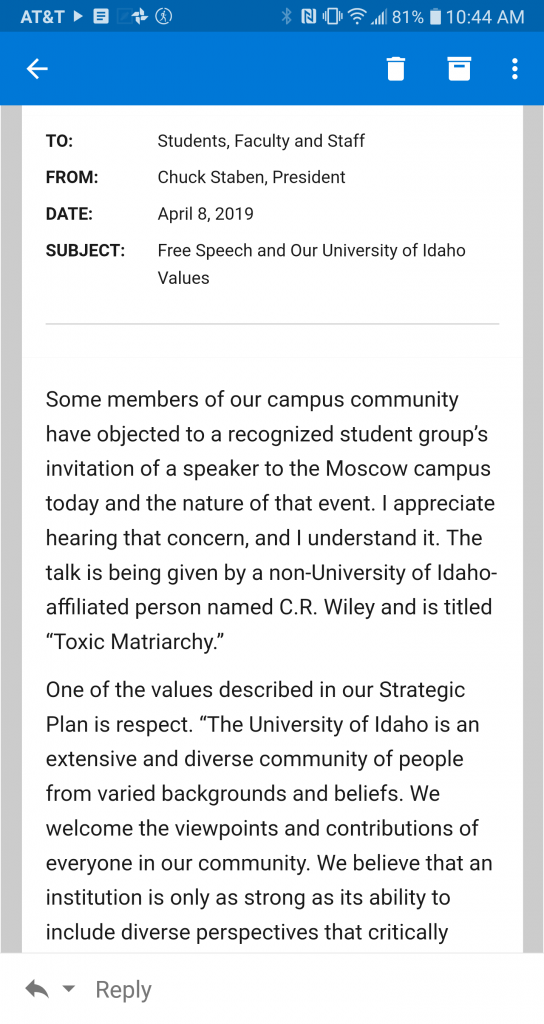 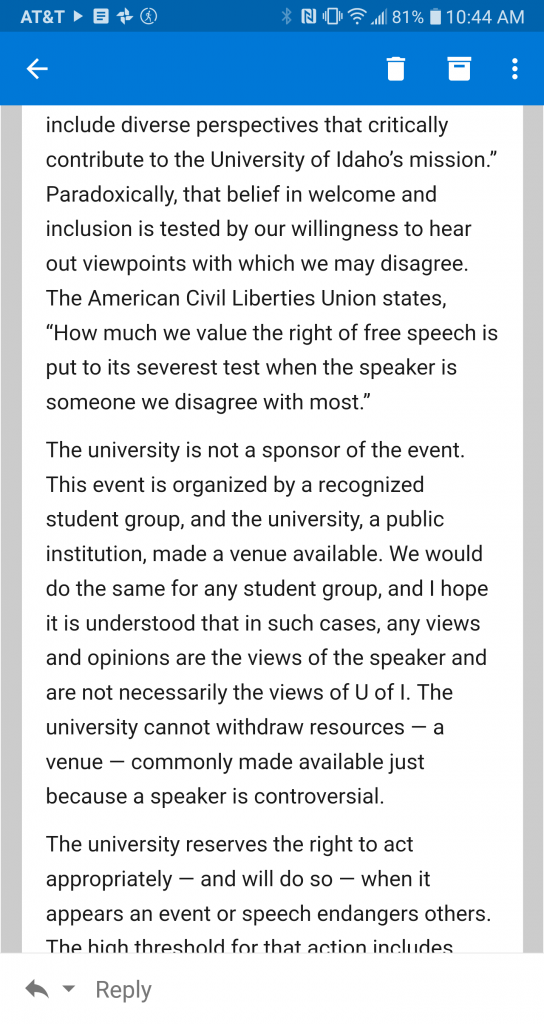 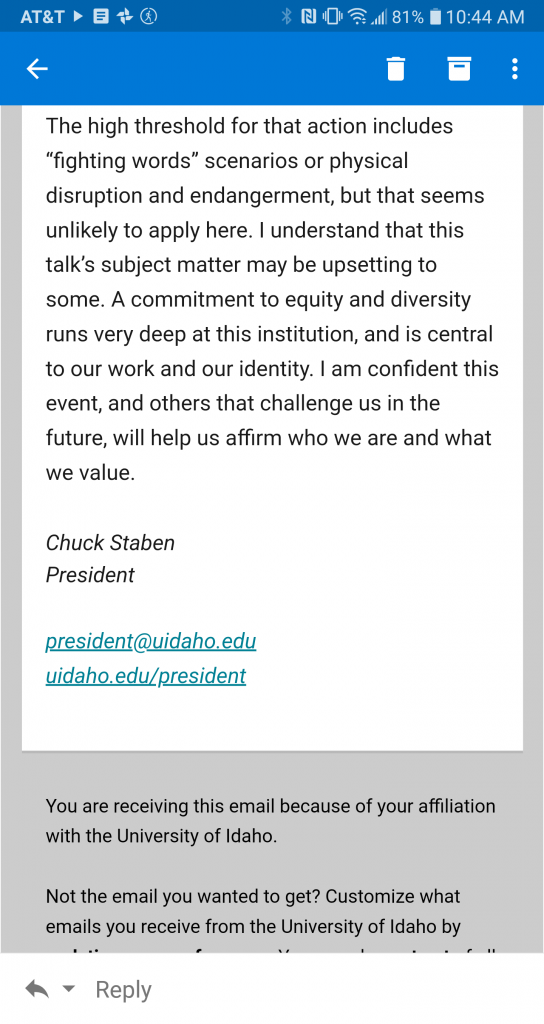 I appreciated this.  Not stopping the event even though it was controversial, but also staying carefully aloof from endorsing anything is a good way to handle the provocation. So I shared these images on Facebook with following comment:

“Toxic Matriarchy” is clearly an attempt to bait and invite outrage. I appreciate this mature response from the UI. Best possible way to interact with juvenile stunts like this. People who do things like this just want the attention, and unfortunately even the negative attention gives them the illusion of importance and effectiveness.

And the Facebook vigilantes showed up.  The “juvenile” seems to be a particular sticking point.  I didn’t mean to offend, but I guess I should have worked harder not to offend.  Whatever the case, I do wish people would remember I didn’t decide to promote an event called “Toxic Matriarchy” in a liberal college town, I just happen to live here knowing people on both sides. Also, I wish my college town was even more difficult to bait, despite the classy response from the institution. I think enough rowdy protesters showed up to make the show work, more or less.  I’m still rooting for less show, and in that context I’m sorry I started an online dumpster fire, even though I might have enjoyed it while it lasted.