Death of a Thousand Fish 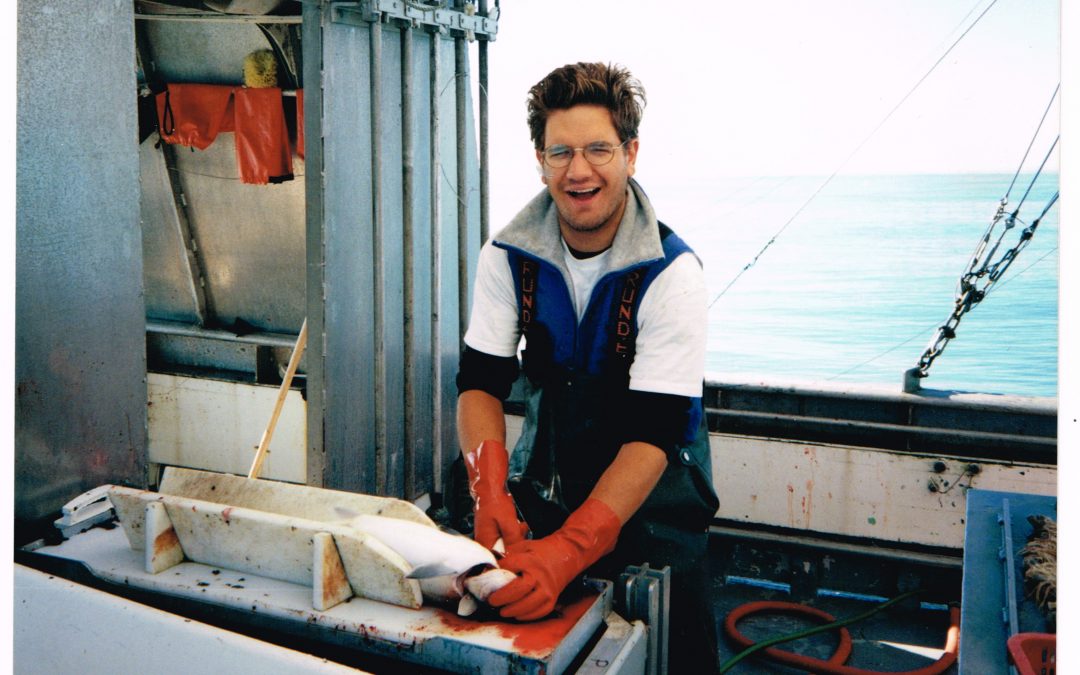 In the summer of 1999 I was in Alaska.  I had a few jobs during the summer but at the end of the summer right before I went back to school I worked on a commercial fishing vessel trolling for salmon.  The boat was the Pelican out of Kent, WA.  It was a 56 foot wooden boat and we processed fish.  We had a freezer hold that was at -35 degrees to flash freeze the fish before they could get rigor mortis.

My job was to haul in the lines when the bells started ringing, gaff the fish that were on the leads into the boat and then gut, head, and clean them before tagging them and getting them down into the freezer hold. I was out for about two weeks, and we came into fish off and on, but overall things were a bit slow.  Despite that I did get to catch and freeze about 1000 fish over the course of those weeks, personally handling all of them at some point.  This is where I first began to contemplate the death of a fish.

These salmon were definitely fighting for their life in the water.  But by the time you gaff them they are bleeding out and knocked unconscious, they were mostly dead. Which is the point of gaffing, to kill them quickly and humanely.  The interesting thing is that they would still twitch and show signs of life even after being headed and placed on the lid of the freezer hold waiting to be flash frozen.  I remember particularly that some of their tails would gently slap the freezer hold while waiting to be frozen.  I couldn’t help but think this motion looked peaceful, or even almost happy.

And as you wash the blood out of a hundred fish while listening to the Brian Setzer Orchestra, you begin to philosophize about what the life of a fish is really like.  You think of the many predators who would gladly mangle and eat a salmon in the wild.  Then you think of the life cycle and realize that we were trolling in the waters outside the rivers where these salmon would go to spawn.  You realize that these fish are getting ready to make their last and very arduous journey up a river while their bodies break down and they eventually die, shortly after they mate and lay their eggs.  In that context, being tagged as a high quality luxury food and served to humans in a fancy restaurant might actually be preferable.

Yes, I guess I’m not the first, but I did come to the hopeful speculation that animals might like being eaten.  That in the grand scheme of things there’s a certain possibility that from an animals perspective being eaten by a human is not only one of the more meaningful alternatives for your life purpose, but even more than that, the death by human harvesting methods is often more humane than the death that overcomes an animal in the wild.  So like Chesterton, I settled on at least hoping that my relationship with my food was mutually dignifying and represents a cosmic win-win.  This is what I learned in the death of 1000 fish.